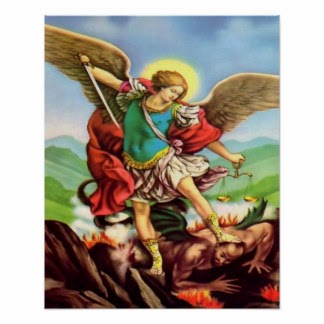 Why a Christian can only be a Catholic

A Christian is someone who follows the true faith of Jesus Christ.

In the Acts of the Apostles we read that it was at Antioch that the followers of Christ were first called Christians.

Acts 11:26- “And they conversed there in the church a whole year; and they taught a great multitude, so that at Antioch the disciples were first named Christians.”

Interestingly, it was also at Antioch (in the year 110) that the term “Catholic” was first applied to the Christian Church.  This was done by the famous martyr of the ancient Christian Church, St. Ignatius.

St. Ignatius of Antioch, Epistle to the Smyrnaeans, Chapter 8, 110 A.D.- “Apart from the bishop, let no one do anything that pertains to the Church.  The only true Eucharist is the one performed by the bishop or by him whom the bishop has appointed.  Wherever the bishop is, there must be the congregation, just as wherever Jesus Christ is there is the Catholic Church.”

In Greek, the term “Catholic” means universal.  Thus, the one universal Christian Church came to be known as the Catholic Church.  It makes sense that the terms Christian and Catholic became interchangeable, for the one Christian Church which existed from the beginning was the Catholic Church.  Ignatius had a real connection to the original Christians.  He was the third bishop of Antioch.  Ignatius knew St. Polycarp who knew the apostle John himself.

Many think that being Christian means accepting everyone, being kind to everyone.  Certainly being Christian involves a true charity toward all men.  This means that you work for and desire each man’s salvation (his eternal happiness).  First and foremost, however, being a Christian requires that one believe all the truths of Jesus Christ.  It requires that one hear the one Church He established.  Jesus Himself declared that preaching the Christian faith (the Gospel) means “teaching them to observe all things whatsoever I have commanded you” (Matthew 28:19).  In Matthew 18:17, we read that those who don’t hear the Christian Church established by Jesus are to be considered as the “heathen and publican.”

The true Christian faith has a real power.  This power is of course identified with the miracles of its founder, the God-man, Jesus Christ.  But the power of the Christian faith didn’t dry up and disappear once Jesus ascended into Heaven.

No, Jesus left that power with His Church.  He left it not only in the miracles which He said some His followers would perform (John 14:12), but in the supernatural protection and guidance which would sustain His visible Christian institution.

One of the most striking events in Christian history, which illustrates the power of the Christian Church and its visible structure, involved the Attila the Hun and his invasion of Italy in 452.  Attila was a fierce non-Christian emperor in the East.  He was greatly feared by many in the Christian Roman Empire.  In 447, Attila invaded the Eastern Empire.

Each century that followed the establishment of the Church brought new challenges and trials for the Christian.  Heresies would appear and lead many astray.  Many who had been Christians wound up being separated from the true Church by these heresies.  Arianism was the most notorious of all the early heresies.  It proclaimed that Jesus Christ was not true God, that He was not equal with the Father.  Arianism spread widely in the 4th century, leading to the apostasy of many.

The two central dogmas of the Christian faith are the mysteries of the Trinity and the Incarnation.  The Trinity is the truth that there is one God in three divine persons: the Father, the Son and the Holy Ghost.  Each divine person is God; yet there are not three gods, but one God.  Each person is a distinct person.  The Sabellian heretics, for example, wrongly taught that each person is simply a different aspect of God.  According to them, the Father and the Son are different elements of the same person.  This heresy was condemned by the Christian Church.  A Christian must believe that there are three divine persons, that each one is God, but that there is only one God.

MARY DID YOU KNOW

I DREAMED A DREAM 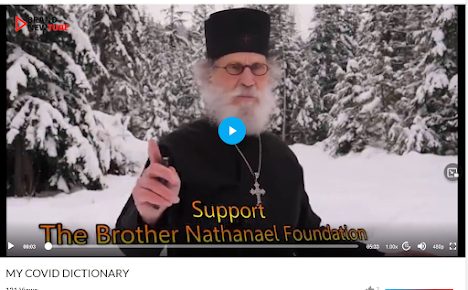 YOU GOTTA' HAVE SENSE OF HUMOR IN THESE TIMES ....

Two Irishmen, Patrick & Michael, were adrift in a lifeboat following a dramatic escape from a burning freighter. While rummaging through the boat's provisions, Patrick stumbled across an old lamp.

Secretly hoping that a genie would appear, he rubbed the lamp vigorously To the amazement of Patrick, a genie came forth. This particular genie, however, stated that he could only deliver one wish, not the standard three.

Without giving much thought to the matter, Patrick blurted out, "Make the entire ocean into Guinness Beer!"

The genie clapped his hands with a deafening crash, and immediately the entire sea turned into the finest brew ever sampled by mortals.

Simultaneously, the genie vanished. Only the gentle lapping of Guinness on the hull broke the stillness as the two men considered their circumstances.

Michael looked disgustedly at Patrick whose wish had been granted.

After a long, tension-filled moment, he spoke: "Nice going Patrick! Now we're going to have to pee in the boat!

I complete What is Lacking in Christ's Afflictions

I complete what is lacking in Christ’s afflictions? What can I do to add to what Jesus already did on the cross? Is this even biblical to suggest this? St. Paul says in his letter to the Colossians the following:

24 Now I rejoice in my sufferings for your sake, and in my flesh I complete what is lacking in Christ’s afflictions for the sake of his body, that is, the church, (Colossians 1:24)

Let’s begin by saying that Christ lacks nothing in the grace and the mercy that he accomplished for us on the cross which is our salvation. He lacks Nothing! His suffering and death for our sake, for our salvation is a gift of mercy poured out for all mankind. No one “lacks” from this free gift of his. So, what is lacking in Christ’s afflictions? It is us! At least many of us. When we refuse to accept this gift, when we fail to trust him, when we fail to love him (or our neighbor) then we “lack” what he has given us in his “afflictions” on the cross. Jesus does not force us to accept this free gift of salvation; rather, we have a choice to accept it through obedience to him.

So then, how can we complete what is lacking? We can when we offer up our suffering, when we unite our sufferings with Christ’s. St. Paul says “I am now rejoicing in my sufferings for your sake”.

16 it is the Spirit himself bearing witness with our spirit that we are children of God, 17 and if children, then heirs, heirs of God and fellow heirs with Christ, provided we suffer with him in order that we may also be glorified with him. (Romans 8:16-17)

4 by which he has granted to us his precious and very great promises, that through these you may escape from the corruption that is in the world because of passion, and become partakers of the divine nature. (2 Peter 1:4)

We are “fellow heirs” – if we suffer with him. By suffering with him we will be glorified with him. And in so doing we are able to be “partakers of the divine nature”, and therefore help to complete what is lacking.

I appeal to you therefore, brethren, by the mercies of God, to present your bodies as a living sacrifice, holy and acceptable to God, which is your spiritual worship. 2 Do not be conformed to this world but be transformed by the renewal of your mind, that you may prove what is the will of God, what is good and acceptable and perfect. (Romans 12:1-2)

By presenting (“offering up”) our own bodies “as a living sacrifice”, in suffering we partake of the sacrifice of Jesus. We complete in some mysterious way the afflictions of Christ.

We should also consider The Catechism of the Catholic Church which says the following:

The cross is the unique sacrifice of Christ, the "one mediator between God and men".452 But because in his incarnate divine person he has in some way united himself to every man, "the possibility of being made partners, in a way known to God, in the paschal mystery" is offered to all men.453 He calls his disciples to "take up [their] cross and follow [him]",454 for "Christ also suffered for [us], leaving [us] an example so that [we] should follow in his steps."455…..(Paragraph 618)

It then goes on to say:

Union with the passion of Christ. By the grace of this sacrament the sick person receives the strength and the gift of uniting himself more closely to Christ's Passion: in a certain way he is consecrated to bear fruit by configuration to the Savior's redemptive Passion. Suffering, a consequence of original sin, acquires a new meaning; it becomes a participation in the saving work of Jesus (Paragraph 1521).

In practice how does this work? We can “offer up” our suffering for the benefit of others. For instance, if we have family members who are “lacking” in a relationship with God, our suffering can affect them, just as if we were to pray for a conversion of heart for them. If we have loved ones that have passed into eternity in friendship with Christ, but yet “lack” perfect holiness (as nothing unclean can enter it-heaven see Revelation 21:27), they can benefit from our sufferings for their sake. Again, similar to our offering up our prayers for them.

IMPORTANT LISTEN TO IT ALL...

LISTEN TO IT ALL- 5G VACCINES AND POISONS ... CELL POISONING

THE JEWISH PERIL & THE CATHOLIC CHURCH

THE JEWISH PERIL & THE CATHOLIC CHURCH

ALERT NEW ZEALANDERS! - THEY'RE COMING TO YOUR DOORS for WRONGTHINK! [mirrored] MAY 24, 2019